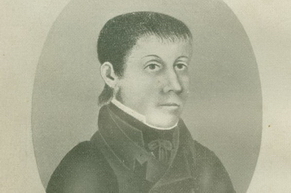 Johann Cornies – a representative widely trusted by Mennonites, who made his career by working for the Russian government. The government supported Cornies as a promoter of reforms. His values differed from the values of religious leader J. Warkentin who insisted on keeping congregations isolated and refused cooperation with the  Russian elite. The public support received by Cornies was based on his success as an entrepreneur. He was involved in trading, sheep breeding and brewing and he owned a small businesses. The profits from his agricultural business he invested in the development of industry, a determining sector for the future success of the colonies.

Leader of settlements and of societies

Johann Cornies started his career in 1817 when the Guardianship Committee nominated him as leader of the new Danzig settlements. He then took over the colonies of emigrants from Wittenberg. From 1825 he was working on the ‘Nogan project’ which aimed to civilize the Nogay population. Cornies demonstrated wonderful administrative skills, tolerance and an ability to match the demands of the Russian government with the needs of a traditional society.

During the time in which the landless population grew, Johann proposed a new plan,  which devoted small land areas in the suburbs of the colonies to members of the congregations. He donated 100.000 rubles of his personal savings to the establishment of a new colony named Neu-Halbstadt.

Cornies was a private banker who lent money to Mennonite and German entrepreneurs, Russian landlords and politicians, and who made communities supply credit to young entrepreneurs. Johann organized a program in which Mennonite craftsmen taught craft skills to Bulgarian youth. He successfully reformed the education system.

Cornies believed that the goal of the Mennonite ideology was to keep the settlement together and to establish justice within the congregation. His beliefs were influenced by his pietistic values. Even though he was an authoritarian leader, he achieved positive changes within the colony. He was certain that the future of the colonies in a modernized Russia depended upon the market developments within the settlement. Thus most of his reforms were focused on future success. The results of his projects were positive and evident in the decade that followed.