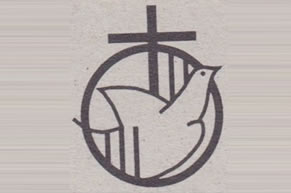 Today’s Swiss Mennonites are clearly not the ‘quiet in the land’, like they were in the 19th and early 20th century. Having been a culturally and religiously distinct group in society until World War II, the Swiss Mennonite community as a whole has been subject to a development similar to that of other historic churches. From 1960 onwards, Anabaptists  evolved from being a homogeneous and isolated community to being recognized and involved. The joys and pains of highly diverse communities in post-Christendom transition apply to Mennonites just as they do to others, as the example of military or alternative service and related resistance movements illustrates.

Non-combatant soldiers
In the 19th century, after military service became mandatory, many Anabaptists left Switzerland for North America where freedom of religion and conscientious objection seemed more tangible. Later on, informal reassurance and goodwill from Swiss authorities allowed Mennonites to be recruited into the army as non-combatant soldiers, i.e. without weapons, which was considered acceptable by the church elders.  However, when the army offered horses and later Land Rovers to soldiers (combatants), modest Mennonite farmers saw an incentive to become soldiers. With the late Pietist revival not promoting pacifist orientation, commitment to refusing armed service eroded.

Conscientious objectors
By the late 1970s and early ‘80s, mostly under the influence of North American recovery of the ‘Anabaptist vision’, a number of young Swiss Mennonite men chose conscientious objection. Until the mid-‘90s they went to prison, a choice not always supported by their congregations. The debates over allegiance to the state according to Romans 13 versus resistance to killing according to the Sermon on the Mount were heated. The Swiss Mennonite Peace Committee, formed in the early ‘80s, joined the emerging political movement for the introduction of an alternative civil service. This was finally introduced in 1996.

Social justice
Clearly, for Anabaptists there is  more than the question of military service versus  conscientious objection. There is still a lot of discussion around the issues of decisive engagement for social justice. The debate gets even more heated when it comes to engaging in active resistance to injustice and militarism and to state-committed violence such as when refugees are forcibly expelled. Possibly, the Swiss Mennonite community is as diverse as society at large in these questions.