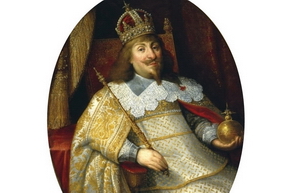 Key moments in the history of the Polish Mennonites

From the hopeful moment of their arrival in the 16th century until the sad time of departure in 1945, Mennonites were an important part of the difficult history of Poland which was once home to the biggest Mennonite population in the world.

In the mid-16th century the first Mennonites settled down in Poland. Their migration from the Netherlands to the delta and valley of the Vistula River evoked various reactions in the local people. On the one hand, they were seen as a threat to Catholic and other Protestant churches and as dangerous competitors for urban jobs. On the other hand, they were welcomed because of their skills in farming on marshy lands. From time to time towns, bishops and nobility wanted the Mennonites gone, but they stayed in Poland, supported by kings,  landlords and administrators of land estates.

In contrast to other states in early modern times, Poland was famous for its legally guaranteed religious tolerance. In 1642 Polish Mennonites received a special privilege in which they were promised freedom of belief and protection from persecution. This, however, did not save them from Northern wars taking place in the area in the 17th and 18th centuries, which caused decimation or even annihilation of many Mennonite settlements, destroyed by wandering troops and epidemics.

For more than two centuries the Polish-Lithuanian Commonwealth was a place where Mennonites could exist according to their traditions and beliefs. This changed completely with the partitions of Poland in 1772 and 1793, when the areas they lived in were incorporated into the Kingdom of Prussia . The new monarchy imposed new regulations on the Mennonites, who were forced to pay a great sum of money annually for exemption from obligatory military service and were not allowed to buy farms which had not been in Mennonite hands before. This resulted in a  new migration from Żuławy and the Lower Vistula Valley to the East. Some Mennonite families settled near Płock and Warsaw, but most of them responded to the invitation from Czarina Catherine II to colonize Russian steppes. Families who stayed in Prussia identified themselves more and more with the Germans and in the 1870s they finally lost the struggle for exemption from military duties. Meanwhile a new stream of migration took many Mennonites from Prussia to the Northern and Southern Americas.

After World War I the Mennonites who lived in Żuławy and the Lower Vistula Valley were separated by the new borders of the Republic of Poland, Germany and the Free City of Gdańsk. Treated as Germans and therefore later charged with responsibility for the disasters of World War II, they were forced to leave their homes in the beginning of 1945. They fled, mainly to Germany or the USA. This way, the more than 400 years of their existence in Poland were brought to a dramatic and painful end.