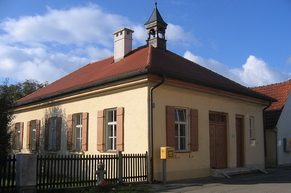 How it began in Bavaria

During the Reformation many Anabaptist churches already existed in Bavaria. But the authorities disliked them and the Bavarian dukes executed many Baptists between the 16th and the 17th century. These kinds of death sentences were reserved for the Anabaptists too, which compelled many of them to emigrate. They first migrated to Moravia, where the Anabaptists continued to spread their ideas. But their persistance in  obeying the Word of God caused the same kind of persecution in Moravia.

In the late 16th century there were no more Baptist and Anabaptist activities in Bavaria, and only a few scattered Baptists remained.

The King and the Mennonite farmers

When in 1800 the Elector Maximilian IV Joseph made a law in which allowed  Protestant people to move to Bavaria, Mennonites returned too. It was mainly the  secularization of Bavaria and the specific help of the Elector that made them come back.

There was lots of land that was fit for agricultural use, and farmers to work it were needed. So the Elector, after 1806 the King of Bavaria, did his utmost to give  it to the   Mennonites, because it was known that they were good farmers with efficient work methods.

They could rent the lands of former abbeys for a good price. The king even gave estates to some families. Amish Mennonites, but also Mennonites from the Palatinate were happy to settle on those estates. Individual villages and churches were formed and with that also houses of prayer and schools with different theological outlooks. In these years there was a large wave of Mennonite families immigrating to Bavaria.

The king of Bavaria played a large part in the (re-)settlement of the Bavarian Mennonites in the 19th century.